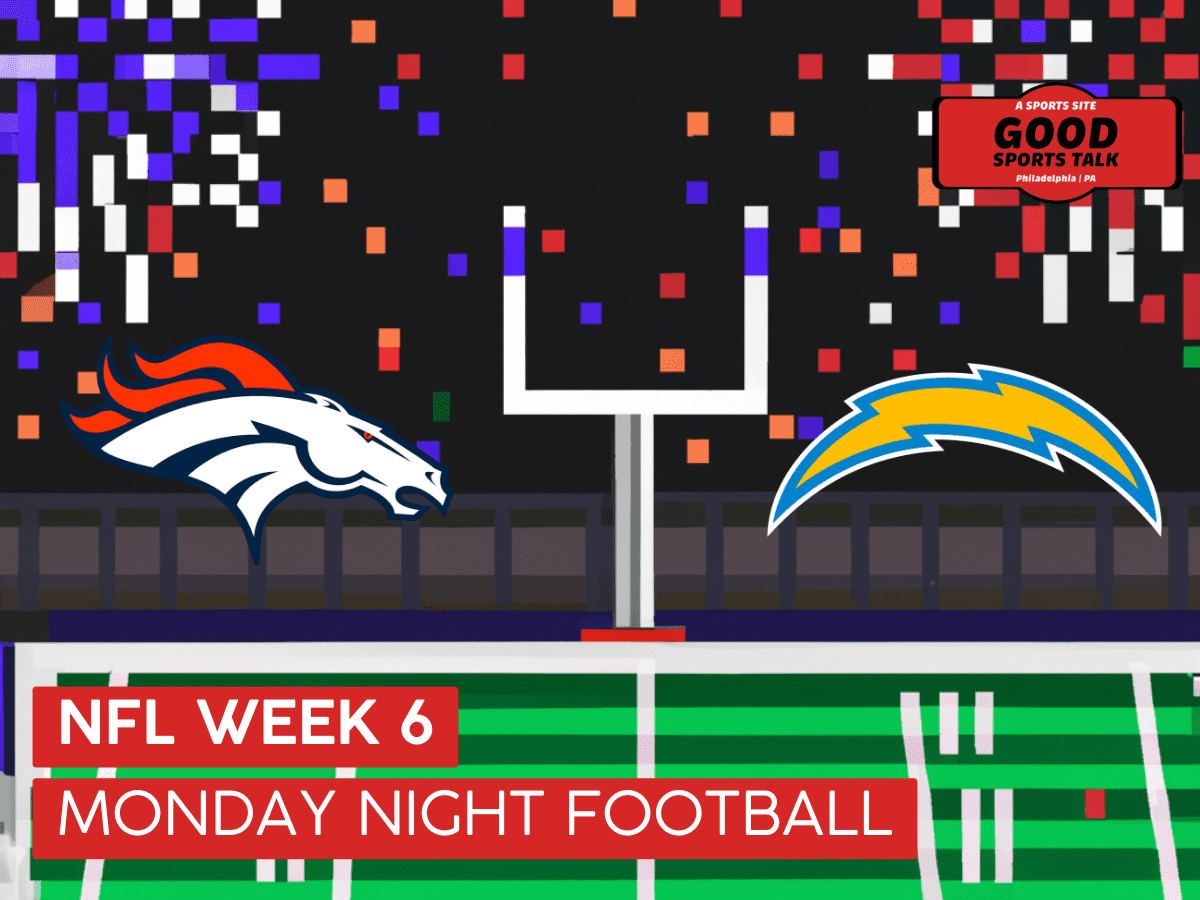 We’ve got an interesting matchup, The Denver Broncos (let’s ride!) will face off against the Los Angeles Chargers at SoFi Stadium this week. The Chargers are favorites at home, The Broncos are getting 4.5 points from Vegas.

Kickoff will be at 8:15 PM EST for Monday Night Football tonight.

Justin Herbert will lead The Chargers on the offense. This season Herbert has averaged 26 pass completions and nearly 295 yards per game. Herbert should likely be able to keep up with his usual passing pace this week. This season, The Broncos have only allowed 6 total touchdowns (only 3 have been passing touchdowns).

Justin Herbert has been sacked 5 times in 5 games this season, The Broncos has 17 sacks this season. We’ll likely see The Broncos putting pressure on The Chargers’ offensive line and keep Herbert on his toes.

The receiving game for The Chargers will be handled by Mike Williams, Joshua Palmer, and Gerald Everett.

This season, Mike Williams has seen nearly 9 targets per game, ideally he’ll get about the same number of looks this week.

Joshua Palmer and Gerald Everett both have nearly 4 receptions per game but should see much more usage in this matchup.

In addition to running the ball, Austin Ekeler will also be involved in the passing game. This season, Ekeler has nearly 7 targets per game and should expect a similar number of looks this week.

Russell Wilson will lead The Broncos on the offense. This season Wilson has averaged 20 pass completions and over 250 yards per game. This week Wilson should be able to exceed his average passing performance. This season, The Chargers have given up over 9 passing touchdowns.

The pass game for The Broncos will be handled by Courtland Sutton, Jerry Jeudy, Eric Saubert, and KJ Hamler.

This season, Courtland Sutton has seen nearly 9.5 targets per game, ideally he’ll get about the same number of looks this week.

Jerry Jeudy has averaged almost 6 targets per game, his usage should be higher this week and should be able to connect much more.

Eric Saubert and KJ Hamler have largely been used to keep pressure off of Jeudy and Sutton. Both have mostly played a supporting role on the field, and this week will likely be no different.

Melvin Gordon III will carry the majority of the run game for The Broncos. Gorden had one game where he only rushed for 8 yards against The Las Vegas Raiders, but that was mostly an outlier. Removing that game he has averaged almost 50 yards per game.

The Chargers are just the better team in this matchup. They have a strong receiving core as well as a back field that is able to move the ball on their own. As long as the o-line can keep Herbert upright, this game is theirs.

The Chargers are also 4-1 against the spread this season, while The Broncos are 1-4. This combined with the strength of The Chargers in this matchup leans me toward them in this one.

Mike Williams has been the top target for the Chargers and Justin Herbert. In only two games he has had fewer than 100 receiving yards this season.

He should get plenty of opportunities tonight.

As we shared in the game preview Russel Wilson loves throwing the ball. It makes sense, they have a really strong set of receivers.

The Chargers have also allowed over 250 passing yards per game this season. The matchup lends itself to The Broncos playing a pass heavy offense and keeping the ball in the air.

Is there a Monday night ManningCast with Peyton Manning tonight?

No, the next episode of Monday Night ManningCast with Peyton and Eli Manning will be on October 24.