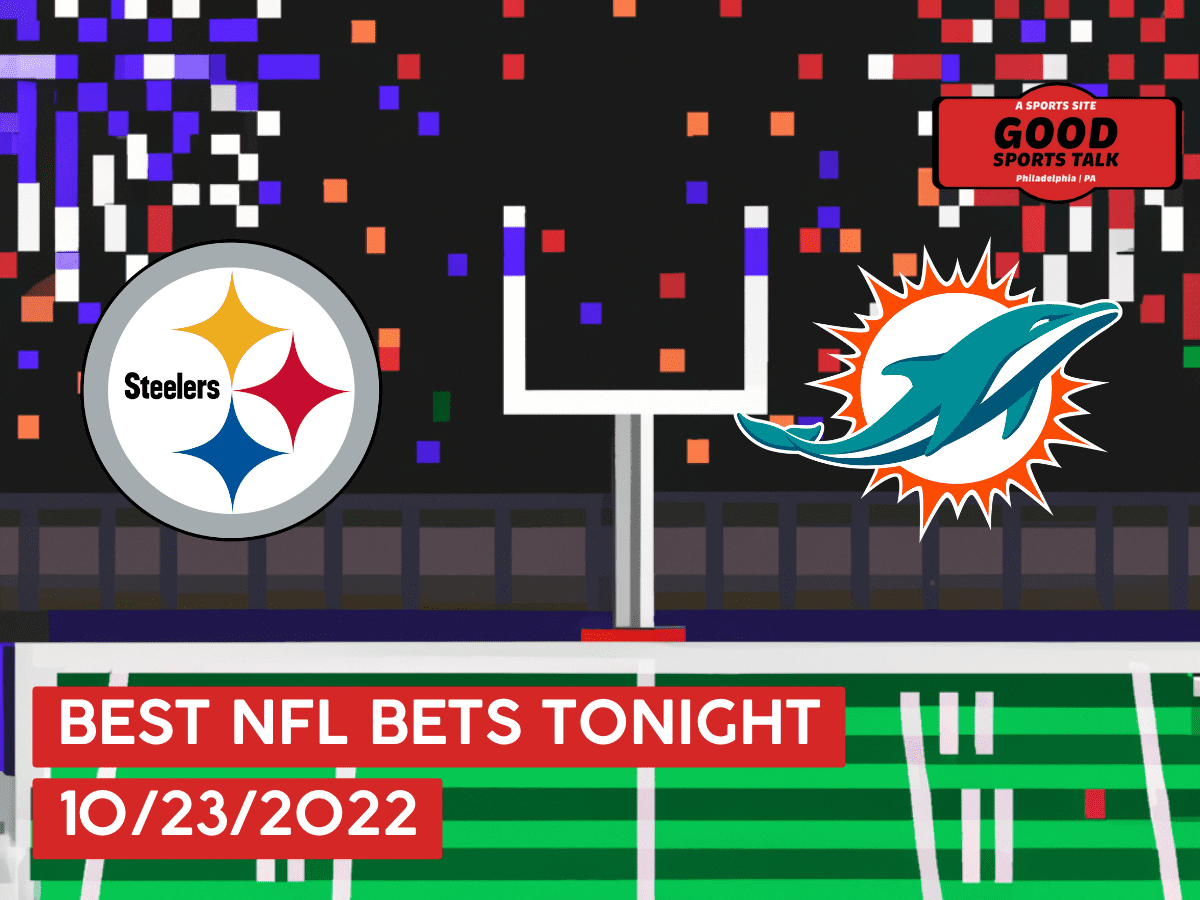 The Pittsburgh Steelers will face off against the Miami Dolphins at Hard Rock Stadium this week. The Dolphins are favorites at home, The Steelers are getting 7.0 points from Vegas.

Kickoff will be at 8:20 PM EST for Sunday Night Football tonight.

Although the spread is set at a touchdown, I think this game will be much closer.

Kenny Pickett will lead The Steelers on the offense. This season Pickett has averaged 18 pass completions and over 170 yards per game. This week Pickett should be able to exceed his average passing performance. The Dolphins have allowed nearly 6.0 offensive yards per play this season, so The Steelers and Pickett will need to capitalize on that.

Najee Harris will carry the majority of the run game for The Steelers. He has been a work horse this season with over 40 rushing yards per game and 3 touchdowns total.

The receiving game for The Steelers will be handled by Diontae Johnson, Chase Claypool, George Pickens, and Pat Freiermuth. This season, Diontae Johnson has seen nearly 10 targets per game, he’ll need to connect on these this week.

Chase Claypool has averaged almost 4.0 receptions per game and should see a similar amount of usage in this matchup, but will need a big reception to make a difference.

George Pickens and Pat Freiermuth have each had almost 4 receptions per game but should see much more usage in this matchup.

The nice thing about this receiving core is it gives Kenny Pickett a lot of options across the field. If he can use these tools, it will give The Steelers a shot in this game.

Tua Tagovailoa will lead The Dolphins on the offense, this will be his first start after taking several big hits in back-to-back weeks. This season Tagovailoa has averaged 20 pass completions and nearly 260.0 yards per game. The Pittsburgh Steelers will likely be looking to put pressure on Tua Tagovailoa in the pocket.

Raheem Mostert will carry the majority of the run game for The Dolphins.

The pass game for The Dolphins will be handled by Tyreek Hill, Jaylen Waddle, Mike Gesicki, and Trent Sherfield. This season, Jaylen Waddle has averaged nearly 8.0 targets per game, his usage should be higher this week and should be able to connect much more. Trent Sherfield has nearly 2.0 receptions per game but should see much more usage in this matchup.

This is a big test for Tua, who before missing games had been having a phenomenal season.

In a lot of ways, it will be up to The Dolphins; defense to keep them in this game. In two of their six games this season, they have allowed nearly 40 points.

The Steelers have not played well this season, but this matchup is much closer than meets the eye.

Kenny Pickett has started to find a level of comfort in the NFL and is connecting with receivers. The Dolphins defense has been on of their weakest factors.

The Steelers should at least stay competitive in this game.

This is somewhat a narrative play, but also based on stats and expectations. Raheem has averaged almost 11 receiving yards per game this season.

Raheem Mostert is also an easy target for Tua to find if he gets in trouble.

Kenny Pickett has plenty of weapons on the field and should be able to connect with them. The Steelers will need to air out the ball to stay in the game, I expect Pickett to pass the ball a lot.