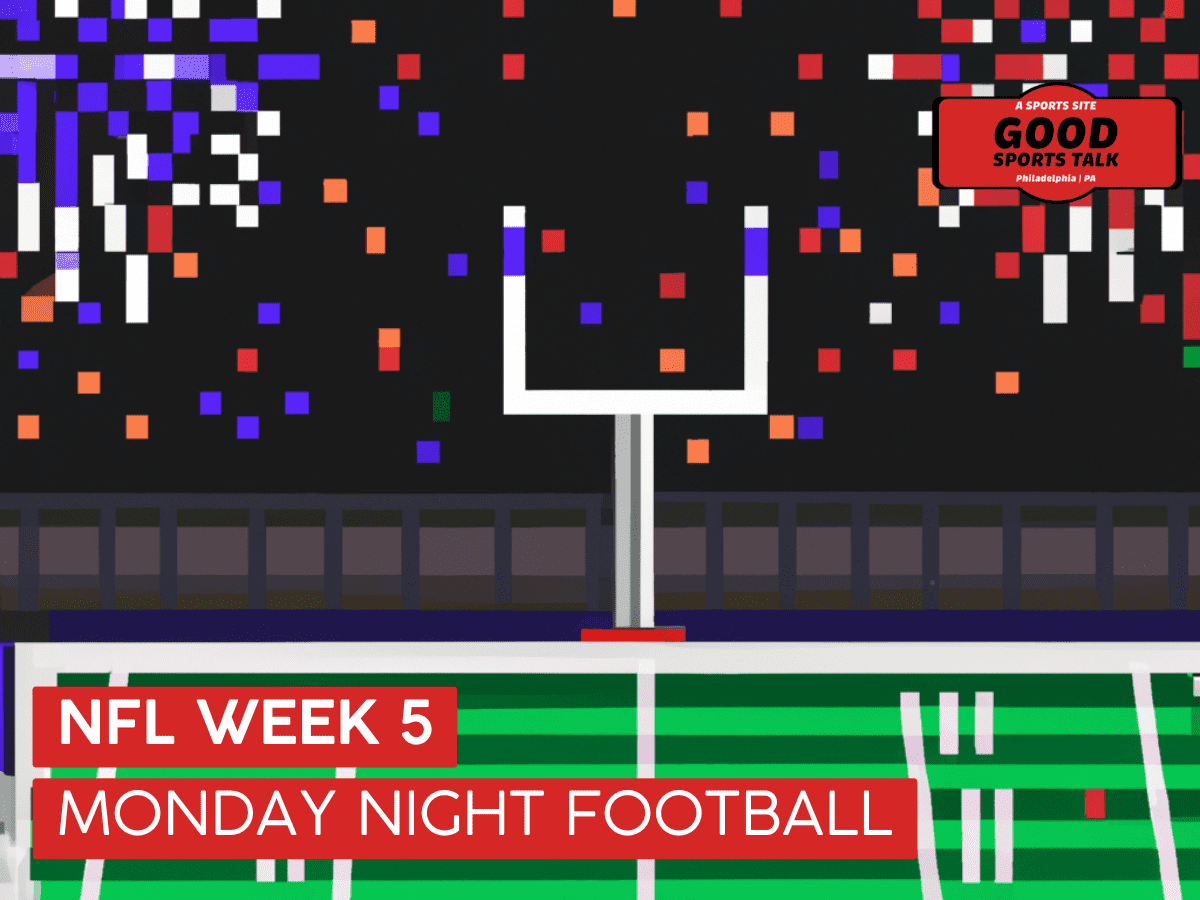 Week 5 of the NFL season we have an interesting matchup for Monday Night Football.

The Las Vegas Raiders will face off against the Kansas City Chiefs at Arrowhead Stadium this week. The Chiefs are favorites at home, with The Raiders getting 7.5 points from Vegas.

Derek Carr will lead The Raiders on the offense. This season, Carr has averaged over 22 pass completions and almost 260 yards per game. This week Carr should be able to exceed his average passing performance. The Chiefs have given up nearly 9 passing touchdowns this season as well as allowing nearly 330 offensive yards to their opponents.

The Kansas City Chiefs will likely be looking to put pressure on Derek Carr in the pocket, they’ve averaged almost 3 sacks per game this season, but Carr should be able to use his speed and mobility to run to safety. Derek Carr has been sacked 9 times this season already.

Josh Jacobs will carry the majority of the run game for The Raiders. Last week Josh Jacobs had an amazing week with 2 touchdowns and 144 yards! Removing his outlier performance he is still averaging nearly 65 yards per game. Although the Chiefs have allowed the fewest rushing yards to opponents this week, Josh Jacobs should still see some usage.

The Raiders have done a great job of spreading the ball around the field this season. Davante Adams, Hunter Renfrow, Darren Waller, and Mack Hollins will be responsible for receiving for The Raiders.

This season, Davante Adams has averaged nearly 12 targets per game, his usage should be higher this week and should be able to connect much more.

Hunter Renfrow has averaged 8 targets per game, his usage should be higher this week.

Darren Waller has averaged 6 targets per game this season, his usage should be higher this week and should be able to connect much more.

Having all of these weapons available should force the Chiefs to make tough choices on defense.

Patrick Mahomes will lead The Chiefs on the offense. This season Mahomes has averaged 24 pass completions and over 275 yards per game. This week Mahomes should be able to exceed his average passing performance. However, The Raiders are in the top 10 of teams who have given up the fewest passing yards this season though.

The receiving game for The Chiefs will be handled by Travis Kelce, JuJu Smith-Schuster, Marquez Valdes-Scantling, and Mecole Hardman.

Travis Kelce has averaged over 6 receptions per game and should see a similar amount of usage in this matchup.

This season, JuJu Smith-Schuster has seen almost 7 targets per game, ideally he’ll get about the same number of looks this week.

This season, Marquez Valdes-Scantling has seen nearly 6 targets per game, ideally he’ll get about the same number of looks this week.

Clyde Edwards-Helaire will carry the majority of the run game for The Chiefs. He’s been all over the place this season, but he had a two-touchdown game last week.

Both of these offenses are settling into their rhythms and should put on a show tonight. I expect both teams to rely on their pass game heavily as well.

Monday Night Football can be watched on ESPN and on in the ESPN App through ESPN+.

Is there a Monday Night ManningCast tonight?

No, the next ManningCast will be in Week 7.

This game is likely to be decided by the pass game. Davante Adams has exceeded this line in 2 of the 4 games this season.

Because of the number of receiving weapons that The Raiders have available, The Chiefs won’t be able to double up on Adams all game.