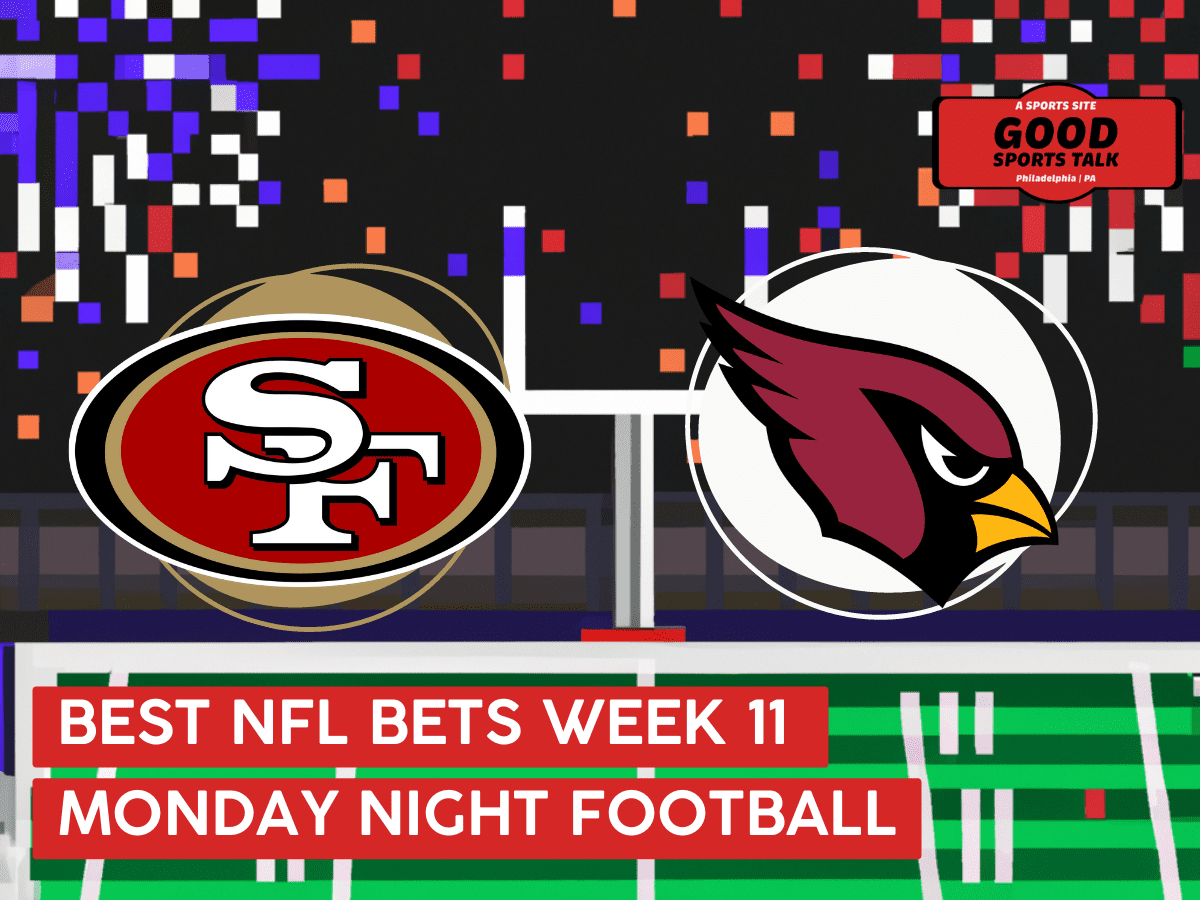 The San Francisco 49ers will face off against the Arizona Cardinals in Mexico City this week as a part of the NFL’s International Series. The 49ers are favorites, The Cardinals are getting 9.0 points from Vegas.

It is likely that backup QB Colt McCoy will lead The Cardinals on the offense tonight. Kyler Murray is still listed as questionable and no clear indicator that he will be starting tonight.

Last week McCoy had 26 pass completions and almost 240 passing yards. This week McCoy could struggle with the pass game against this defense. The San Francisco 49ers will likely be looking to attack Colt McCoy in the pocket.

DeAndre Hopkins, Rondale Moore, amd Trey McBride will be responsible for receiving for The Cardinals.

This season, Rondale Moore has seen 8 targets per game, ideally he’ll get about the same number of looks this week. Last week with Colt McCoy he saw 13 targets and had 94 receiving yards. I can imagine he will be his go-to receiver again tonight.

DeAndre Hopkins has averaged almost 100 receiving yards per game this season with The Cardinals. He has two touchdowns.

Between Hopkins and Moore Colt McCoy will have two strong receivers to lean on in this game.

James Conner will carry the majority of the run game for The Cardinals. Conner has averaged about 12 rush attempts per game and only has about 45 rushing yards per game. In this matchup tonight, I could see James Conner getting significantly more work tonight.

The 49ers are allowing over 60% red zone touchdowns and fourth down conversions, so I could see James Conner getting some work in those situations.

Jimmy Garoppolo will lead The 49ers on the offense. This season Garoppolo has averaged nearly 18 pass completions and almost 240 yards per game. The Cardinals have allowed almost 350 passing yards per game to opponents this season.

The 49ers offense has been recharged after the trade deadline.

Christian McCaffrey will carry the majority of the run game for The 49ers. McCaffery has been getting right to work since joining this offense. He has almost 200 rushing yards and three touchdowns in his first 3 games with the team.

The 49ers will have Deebo Samuel, Brandon Aiyuk, and George Kittle handling the receiving.

Deebo Samuel has averaged over 4 receptions per game and should see a similar amount of usage in this matchup. Samuel has over 400 receiving yards this season and two touchdowns.

This season, George Kittle has seen nearly 6 targets per game, ideally he’ll get about the same number of looks this week. Kittle is old faithful for Jimmy Garoppolo, this duo has been together through the ups and downs. Kittle is one of Garoppolo’s “security blanket” targets, the person he can look to in any tight situation where someone just needs to make a play.

There’s not much to say about Brandon Aiyuk other than he is just good. Aiyuk has four touchdowns this season and almost 600 recieiving yards.

In addition to running the ball, Christian McCaffrey will also be involved in the passing game. This season McCaffrey has seen nearly 7.0 targets per game and should see a similar number of looks this week.

This 49ers offense a noticeable new spark leading into the second half of this season. San Francisco is also ranked fifth in the NFL for third-down conversions, so this could help them keep possession and control the tempo of this game.

James Conner has has a noticeably slow this season, but tonight could provide him a great opportunity for a big game.

The Cardinals are noticeably missing a key piece of their offense, Zach Ertz. And rolling out for the second week, backup quarterback Colt McCoy.

A viable game script for The Cardinals is to leverage players like James Conner and utilize the run game as a centerpiece of their game plan against this defense.

If you buy into this concept, their is a clear path for James Conner to have a 50+ rush yard game.

Kickoff will be at 8:15 PM EST for Monday Night Football, San Francisco 49ers vs. Arizona Cardinals.

Where is the NFL game being played in Mexico City?

The San Francisco 49ers and Arizona Cardinals will face each other on Monday Night Football, at Estadio Azteca in Mexico City, Mexico.

Estadio Azteca is a stadium located in Mexico City and is the home stadium for Club América and Cruz Azul as well as the Mexico national football team.

Estadio Azteca has a capacity of almost 88,000.

No. The Monday Night ManningCast will be on a break tonight.