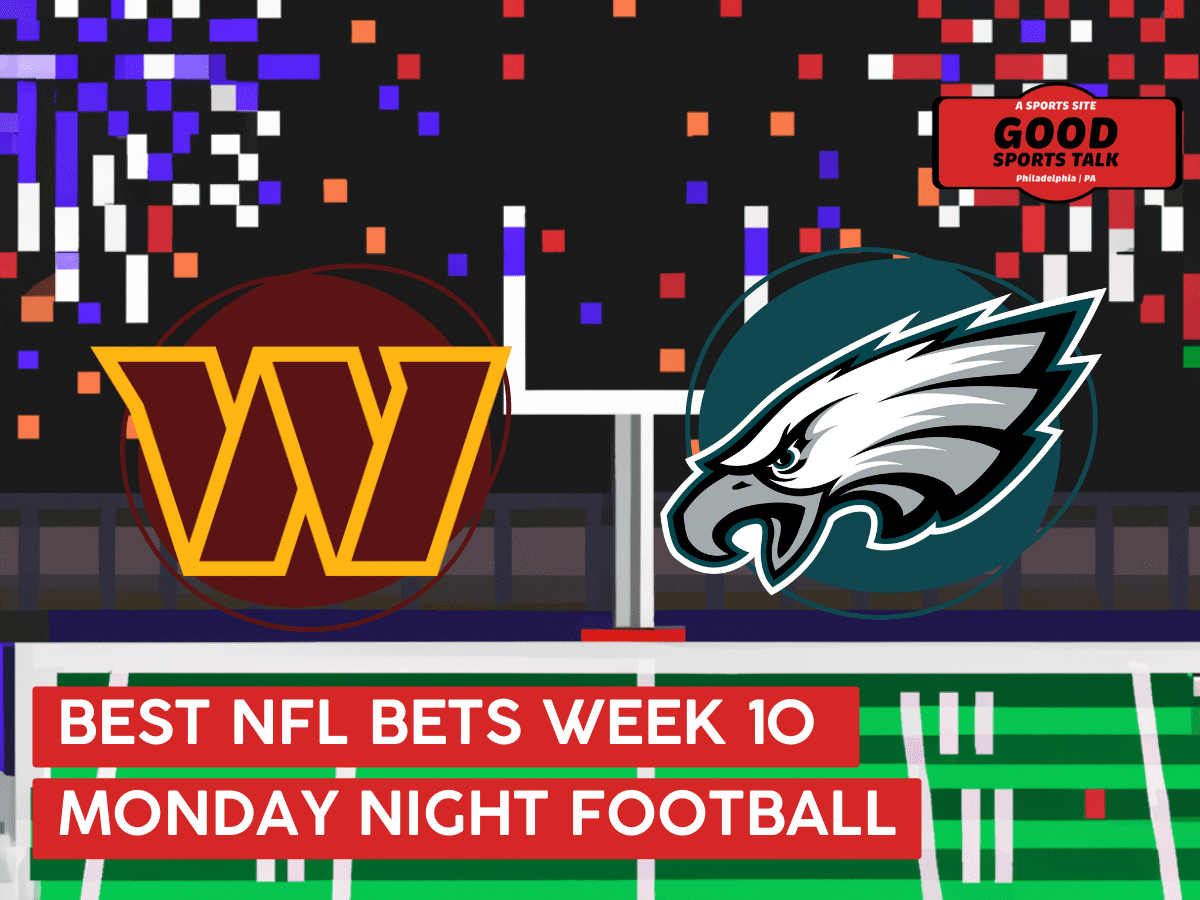 The Washington Commanders will face off against the Philadelphia Eagles at Lincoln Financial Field this week. The Eagles are favorites at home, The Commanders are getting 11.0 points from Vegas.

This team has taken The NFL by storm! The Eagles are 8-0 for the first time in franchise history and are the only undefeated team in the NFL.

Jalen Hurts will lead The Eagles on the offense. This season Hurts has averaged 20 pass completions and over 255 yards per game. This week Hurts should be able to exceed his average passing performance. This season, The Commanders have allowed almost 220 passing yards per game.

The pass game for The Eagles will be handled by A.J. Brown, Dallas Goedert, and DeVonta Smith.

A.J. Brown has averaged nearly 6 receptions per game and should see a similar amount of usage in this matchup, he has been the top target on the team. He has 6 touchdowns this season already.

This season, Dallas Goedert has seen almost 6.5 targets per game, ideally he’ll get about the same number of looks this week.

Miles Sanders will carry the majority of the run game for The Eagles. He has been a work horse this year with over 130 rush attempts for nearly 660 yards already. He’s racked up 6 touchdowns this season.

The biggest obstacle for The Eagles tonight will be The Commanders defense. It’s what has allowed them to stay competitive in almost every game they have played this season.

The Commanders have 23 sacks this season, with Daron Payne and Jonathan Allen leading the way in that area, so The Eagles will want to keep Jaylen Hurts upright tonight.

Taylor Heinicke will lead The Commanders on the offense. This season Heinicke has averaged nearly 18 pass completions and nearly 210 yards per game.

This is the second meeting of these two teams this year. In the first game, The Eagles sacked Carson Wentz nine times. The Eagles will definitely be attacking Heinicke tonight, so it will be up to this offensive line to protect their quarterback if they want to stay competitive.

The Commanders will have Terry McLaurin, Curtis Samuel, and Jahan Dotson handling the receiving.

Terry McLaurin and Curtis Samuel have largely been sharing an equal share of pass targets and combine for over 1,000 receiving yards this season. Having them both on the field is a challenge for any defense.

Heinicke will need to rely on McLaurin and Samuel to make plays and get open in order to stay in this game.

The Commanders will have a split backfield with Brian Robinson Jr. and Antonio Gibson sharing responsibilities of the run game.

In addition to running the ball, Antonio Gibson will also be involved in the passing game. This season, Gibson has nearly 4.5 targets per game and should expect a similar number of looks this week.

Dallas Goedert has been an integral component for this Eagles offense. He has averaged about 65 yards per game. In the last two games he has 64 yards and 100 yards.

The Commands are going to have their hands full tonight trying to stop this offense and Goedert should have a clear path to 46+ yards.

Kickoff will be at 8:15 PM EST for Monday Night Football, Washington Commanders at Philadelphia Eagles.

No. The Monday Night ManningCast will be on a break tonight.

Who is Isaac Rochell?