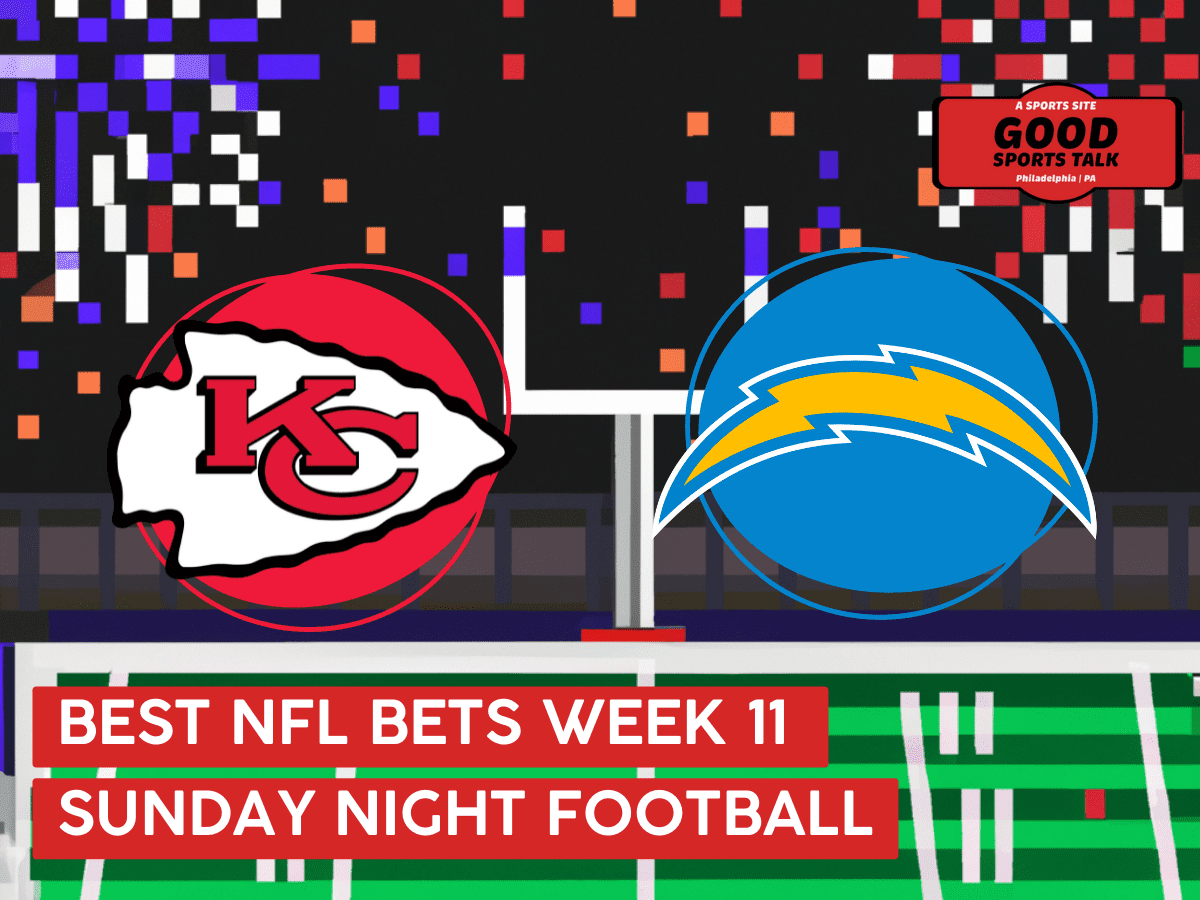 The Kansas City Chiefs will face off against the Los Angeles Chargers at SoFi Stadium this week. The Chiefs are favorites on the road, The Chargers are getting 5.5 points from Vegas.

Justin Herbert will lead The Chargers on the offense. This season Herbert has averaged 28 pass completions and almost 275 yards per game. This week, Herbert should be able to exceed his average passing performance. The Chiefs have allowed almost 250 passing yards per game to opponents this season.

Luckily The Chargers and Justin Herbert should have a strong group of receiving talent to rely on this week.

The Chargers will have Mike Williams, Keenan Allen, and Joshua Palmer handling the receiving.

Keenan Allen is listed as questionable, but reports are that he could make a return to the field this week and was moving at full speed during practice this week. This would be huge for Herbert to get back one of his favorite targets.

Mike Williams is also expected to return back to the field after being out since week 7. Williams had been incredibly productive for this offense and would be huge to have back.

This season Joshua Palmer has been great picking up some of the slack of missing wide receivers. He has nearly 400 receiving yards this season and one touchdown. Even is Allen and Williams return, I expect Palmer to continue having an active role in the game plan.

I expect The Chargers to build a game plan around having all three receivers being active and splitting the defensive coverage across the field.

Austin Ekeler will carry the majority of the run game for The Chargers. This season Ekeler has over 450 rushing yards and 10 touchdowns. He is a beast!

In addition to running the ball, Austin Ekeler will also be involved in the passing game. This season Ekeler has seen 9.0 targets per game and should see a similar number of looks this week.

Patrick Mahomes will lead The Chiefs on the offense. This season Mahomes has averaged nearly 26 pass completions and over 325 yards per game. This week Mahomes should be able to exceed his average passing performance.

This Chiefs offense hasn’t been quite what they have been in the past. But they are definitely still dangerous!

The Chiefs will have Travis Kelce, Marquez Valdes-Scantling, and Kadarius Toney handling the receiving.

This season, Travis Kelce has seen nearly 9.5 targets per game, ideally he’ll get about the same number of looks this week. Kelce has nearly 750 receiving yards this season and eight touchdowns. He and Mahomes definitely have a great of making plays for each other, he is the most targeted receiver.

JuJu Smith-Schuster and Mecole Hardman are both big parts of the offense and will be missing this game. Their absense will definitely be felt, but more importantly it will leave a lot of work for Marquez Valdes-Scantling.

Marquez Valdes-Scantling has nearly 2 receptions per game but should see much more usage in this matchup. MVS has over 440 receiving yards this season but he will be picking up the slack this week. I expect him to get quite a few more targets than normal, especially if the Chiefs want to stay competitive in this game.

Isiah Pacheco will carry the majority of the run game for The Chiefs. Last week Clyde Edwards-Helaire played a season-low four snaps and didn’t get a single carry. It seems like Isiah Pacheco will be moving in to a much more significant role in the offense.

The Chiefs are a tough team, but they are not arriving to this game at full strength. Meanwhile, The Chargers are likely to have more than one core pieces of their offense returning.

The Chargers have a lot to play for and a win in this game would set them up to make a deep run for the rest of the season.

Although both Keenan Allen and Mike Williams are still listed as questionable, The Chargers should be in great shape, even if only one of them plays. Both would be a bonus.

This season Gerald Everett has averaged about 40 receiving yards per game. While averages don’t tell the whole story, considering his lowest performance for 2 yards and highest was 71, he has been a productive part of The Chargers offense.

The Chargers are likely to utilize every tool they have available in order to stay competitive in this game. Gerald Everett has had 31+ yards in five games this season, and was close in two others.

A viable game script for The Chargers would definitely include quite a few targets for Everett.