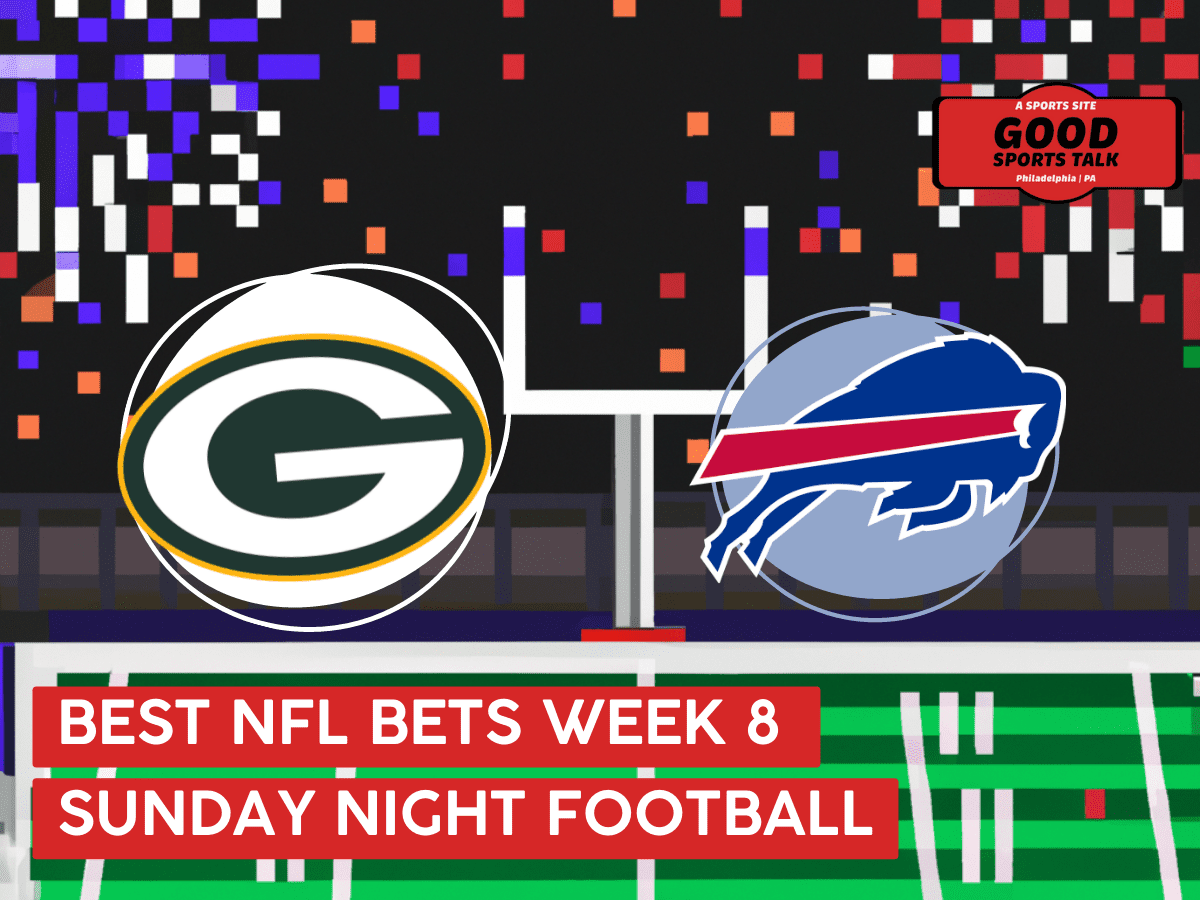 Week 8 Sunday Night Football is here with an exciting game!

The Green Bay Packers will face off against the Buffalo Bills at Highmark Stadium this week. The Bills are favorites at home, The Packers are getting 10.5 points from Vegas.

The Packers and Aaron Rodgers have struggled this season. Coming off back-to-back MVP season, Aaron Rodgers is working with a very young team and the growing pains are showing.

Aaron Jones will carry the majority of the run game for The Packers. He has been a workhorse this season, he almost has 450 rushing yards this season as well as 4 touchdowns.

In addition to running the ball, Aaron Jones will also be involved in the passing game. This season Jones has seen nearly 5.0 targets per game and should see a similar number of looks this week. He is a consistant player who The Packers can trust, he should continue this role all season.

Romeo Doubs, Sammy Watkins, and Robert Tonyan will be responsible for receiving for The Packers. This season, Romeo Doubs has averaged 6 targets per game, his usage should be higher this week and should be able to connect much more.

This season, Sammy Watkins and Robert Tonyan has averaged nearly 4 targets per game each, their usage should be higher this week. Ideally more targets and opportunities will lead to more receptions and offensive yards.

Josh Allen will lead The Bills on the offense. This season Allen has averaged 26 pass completions and 330 yards per game. This week Allen should be able to keep up with his usual passing pace. This season, The Packers have given up 6 passing touchdowns, but have really limited opponent passing offenses.

The Packers will be looking to contain Josh Allen and his receiving weapons. They’ll have to if they want to win.

Stefon Diggs, Gabe Davis, Dawson Knox, and Isaiah McKenzie will be responsible for receiving for The Bills. This season, Gabe Davis has averaged nearly 5.5 targets per game and nearly 80 receiving yards, he will definitely get some usage tonight.

Dawson Knox has averaged over 2 receptions per game and should see a similar amount of usage in this matchup. This season, Isaiah McKenzie has seen nearly 6.0 targets per game, ideally he’ll get about the same number of looks this week.

Devin Singletary will carry the majority of the run game for The Bills. He should get plenty of opportunities in this game. I don’t anticipate this game going to a shootout, so The Bills will likely rely on the run game to play it safe.

The Bills are 4-2 against the spread this season, including 2 games where they were 10+ point favorites. This team is just good.

I anticipate the Bills coming in to this game with a strong plan of attack to take advantage of The Packers’ weak points.

If The Packers want to stay competitive in this game, they are going to need to throw the ball. That’s what Aaron Rodgers does best too.

Tonyan has been one of Rodgers’ favorite targets, he should get plenty of opportunities today.

This is largely a bet on the game script. In most outcomes of this game, The Bills should outscore The Packers quickly and run away with the game fast. If this is the case and The Packers are unable to stay competitive, The Bills will likely move away from the pass game in favor of running the ball.

If this is the case, Dawson Knox (and really all The Bills receivers) are pretty much capped on how much usage and opportunity they’ll get.