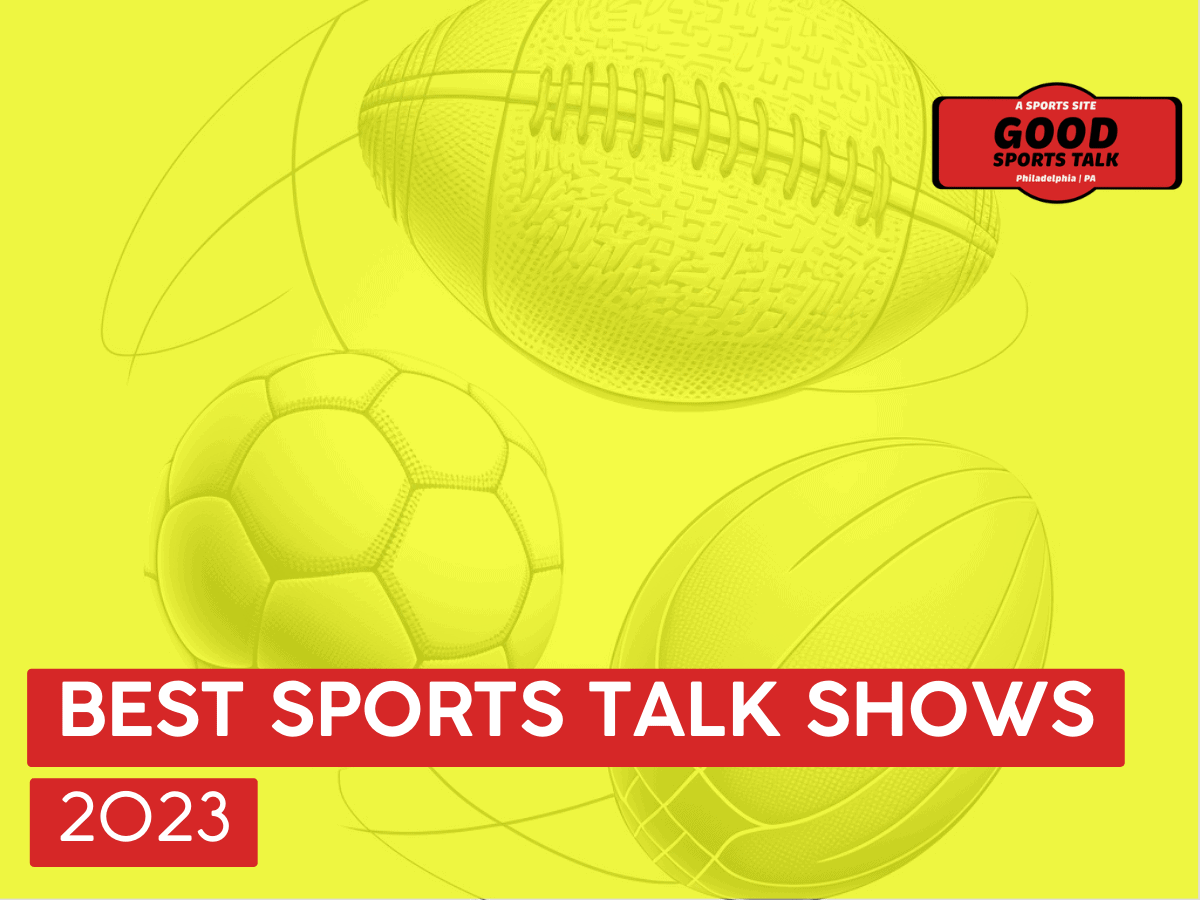 The Pat McAfee Show is probably the most popular sports show right now. Pat is a former NFL punter who has now launched the beginnings of an entire media empire. Pat doesn’t take himself too seriously, and he’s not afraid to talk about the things that other sports shows wouldn’t touch. The show doesn’t shy away from hot topics or controversial opinions.

His show is a mix of sports, comedy, and entertainment. The Pat McAfee show features a mixed cast of childhood friends and characters who have joined the show along the way. Some co-hosts include AJ Hawk, Ty Schmit, Boston Conner, Tone Digs, and Bubba Gumpino.

The show’s format is mostly just Pat and the boys talking about sports and whatever else is on their minds. You never quite know what will happen on the Pat McAfee show, which is why it’s so popular.

The Pat McAfee Show is our vote for the best sports talk show.

In addition to the daily show, Pat McAfee is also the host of the McAfeeCast on ESPN2, which is a simulcast of select college football games as well as the latest member of the College Gameday crew.

Around the Horn is a sports commentary show that features hot takes and interesting opinions. This show is hosted by Tony Reali and features a panel of guests who debate the most important sports topics of the day. The show is fast-paced and lively, with the panelists often talking over each other. But that’s what makes the show so much fun to watch!

The guests on Around the Horn are some of the most opinionated people in sports media. They’re all extremely knowledgeable about the topics they’re discussing, and they’re not afraid to share their opinions.

Jalen and Jacoby is a sports talk show hosted by ESPN analysts Jalen Rose and David Jacoby. The show is a mix of sports, pop culture, and comedy. It’s one of the most popular podcasts globally, with over 200 million downloads. Jalen Rose is a former NBA player who now works as an analyst for ESPN. He’s known for his strong opinions and hot takes. David Jacoby is a sports writer and podcast host. He’s also known for his strong ideas and hot takes.

Jalen and Jacoby make for a dynamic duo that’s always entertaining to listen to. They discuss the most prominent sports topics. The show is fast-paced and often hilarious.

The MMA Hour is a sports talk show hosted by Ariel Helwani. As the name implies, this is an MMA talk show, with guests that include fighters, coaches, and other people involved in the sport.

The MMA Hour is one of the most popular MMA podcasts globally. Helwani is a very knowledgeable and well-respected journalist in the MMA community. He can get some of the biggest names in the sport on his show, which makes for must-listen episodes.

The Rich Eisen Show is a sports talk show hosted by Rich Eisen. It’s a more traditional sports talk show than some of the others on this list. The show covers the biggest sports stories of the day and features guests from all around the sports world.

The Rich Eisen Show is one of the most popular sports radio shows. In June 2003, five months before the network’s debut, Eisen was hired as the first on-air talent for NFL Network. Eisen is a knowledgeable and well-respected host.

Listen On: iTunes and Spotify

6. Calm Down with Erin and Charissa

Calm Down with Erin and Charissa is a sports talk show hosted by Erin Andrews and Charissa Thompson. The two hosts discuss the biggest sports stories of the day, but they also delve into pop culture and other non-sports topics. The show is a more light-hearted take on the world of sports.

Andrews is a well-known sportscaster and a former contestant on Dancing with the Stars. Thompson is a sports broadcaster and a host of Fox NFL Kickoff.

Calm Down with Erin and Charissa is a fun and entertaining show that’s perfect for sports fans who want to break from the games’ intensity.

Listen On: iTunes and Spotify

Pardon the Interruption is a sports talk show hosted by Tony Kornheiser and Michael Wilbon. The show is one of the most popular sports shows on television. It’s known for its sharp wit and fast-paced discussion.

Kornheiser and Wilbon are two of the most respected journalists in the sports world. They bring their years of experience to the show. They’re always able to provide interesting perspectives on the biggest sports stories.

Pardon the Interruption is a must-watch for any sports fan. It’s informative and entertaining, and it always provides a unique take on the day’s biggest stories.

Skip and Shannon: Undisputed is a sports talk show hosted by Skip Bayless and Shannon Sharpe. The show is known for its intense discussion and debate. Bayless and Sharpe are two of the most opinionated people in the sports world. They’re never afraid to voice their opinions.

The show covers the biggest sports stories of the day, and Bayless and Sharpe always have something to say about them. The show is polarizing amongst sports fans, but it’s always entertaining.

Skip and Shannon: Undisputed is a must-watch for any sports fan who enjoys a good debate. The two hosts are always willing to go toe-to-toe, and the discussion is lively.

The Pivot Podcast is hosted by Channing Crowder, Fred Taylor, and Ryan Clark, all former NFL players. The podcast is a mix of conversations around pop-culture, sports, and business.

The show has hosted notable guests such as Dana White, Charles Barkley, Shaq, Marshawn Lynch, and many other major names. The trio of hosts are careful to ensure that the show is not just an NFL show.

The Pull Up Podcast is hosted by NBA superstar CJ McCollum and sports insider Jordan Schultz. Schultz recently broke the news that Rob Gronkowski would be retiring in 2022.

The Pull Up Podcast gives athletes a platform to share their story on a deeper level. If you are looking to hear more about your favorite NBA or NFL players, listen to this show!

One of the easiest ways to stay up to date on the latest news and updates in sports is to listen to sports talk shows. These shows provide an in-depth look at the day’s biggest stories, and they offer a unique perspective that you won’t find anywhere else.

Whether you’re looking for in-depth analysis or simply want to be entertained, there’s a sports talk show out there for you. The ten shows on this list are some of the best sports talk shows in 2023, and they’re all worth checking out.

If you’re looking for even more sports content, consider signing up for our newsletter, where we share the latest sports news, betting picks, and more.

We also share daily betting picks on the site to make it easy for you to find winners without the hassle or paying for picks. Check out our sports betting picks today, and start making more money Good luck!

P.S. If you enjoyed this article, please share it with your friends or on social media. It would mean a lot to us, and it would help other people find the site. Thanks!

The Best Sports Betting Podcasts: Our Picks for the Top Shows (2023)