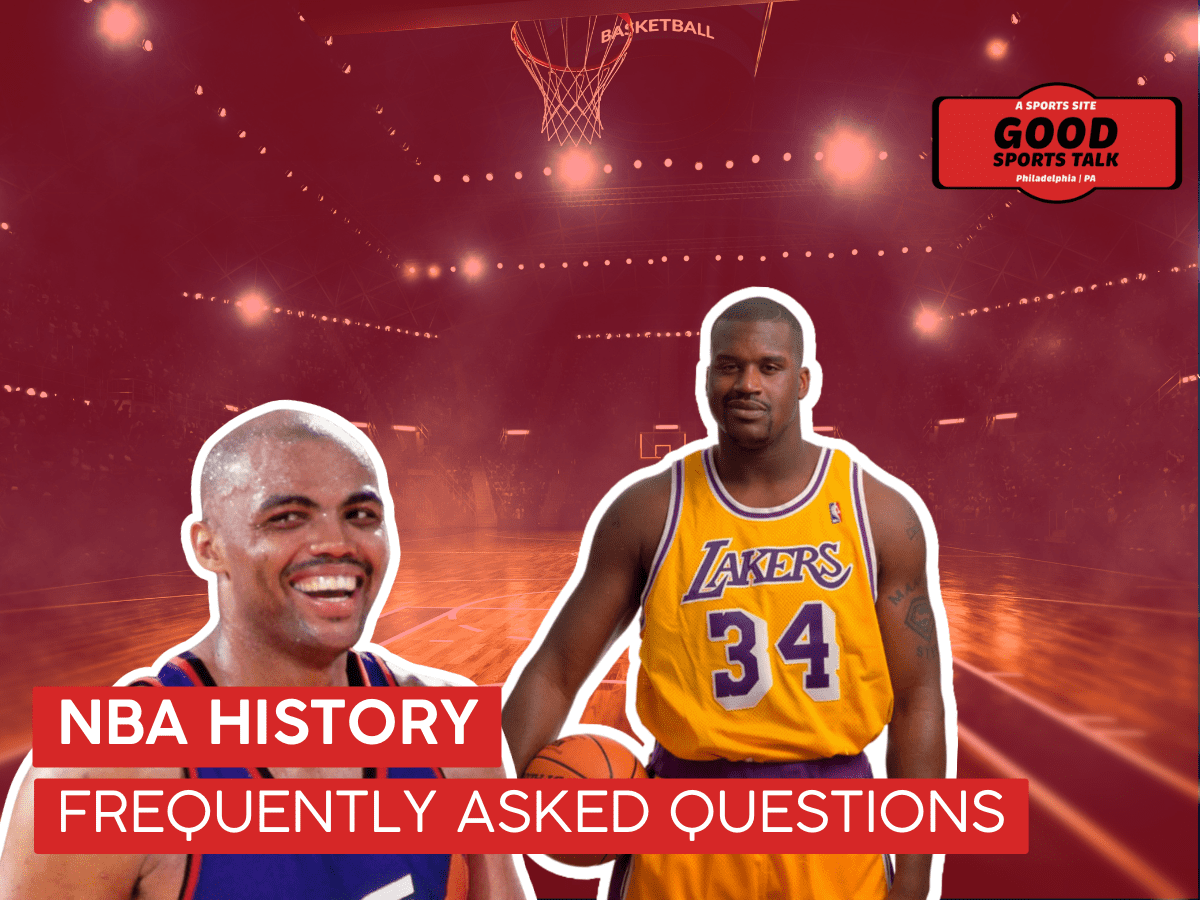 Hello, basketball fans! As a die-hard NBA enthusiast, I know you have tons of questions. So, I wanted to address some of the most frequently asked questions about the NBA. I’ve covered you, from the league’s origins to the intricacies of in-game play. Whether you’re a seasoned pro or a newcomer to the basketball world, I hope this post is helpful for all your burning questions about the NBA. Let’s dive in!

How Many Games are in an NBA Season?

In a typical NBA season, each team plays 82 regular season games. These games are played over roughly six months, from October to April. The regular season is followed by the NBA playoffs, which consist of four rounds of best-of-seven series that determine the league champion. The playoffs typically begin in April and can last until June.

Who Has the Most Championship Rings in the NBA?

Bill Russell, who played for the Boston Celtics from 1956 to 1969, holds the record for the most NBA championship rings with a total of 11. He is also considered one of the best players in NBA history. He is inducted into the Naismith Memorial Basketball Hall of Fame.

What NBA Team has the Most Championships?

This year, The NBA All-Star game will be on Sunday, February 19, 2023. It will be hosted at Vivint Arena in Salt Lake City, Utah.

The NBA All-Star Game is held in February each year, typically on the second Sunday of the month. However, the exact date of the All-Star Game can vary from year to year.

The All-Star Game is a showcase event that features the best players in the league, and it is typically held at a different venue each year.

In addition to the All-Star Game, the weekend also features a variety of other events and activities, including the NBA All-Star Celebrity Game, the NBA Rising Stars Challenge, and the NBA Skills Challenge.

Thursday, February 8, 2023. The NBA trade deadline is typically in mid-February, around the All-Star break. The date changes yearly, but it is usually held on a Thursday. This is when teams must finalize all trades for the season, and no further trades are permitted until the offseason.

How long are NBA games?

NBA games are 48 minutes long, divided into four quarters of 12 minutes each. The actual length of an NBA game can vary depending on timeouts taken, free throws attempted, and overtime periods.

How Much are NBA Refs Paid?

NBA referees are paid per game, and their pay can vary based on their experience and the level of the game they officiate. According to reports, NBA referees can earn anywhere from $1,600 to $3,500 per game, with the average official earning around $2,000 per game.

Some of the league’s most experienced and highly respected referees can earn even more than the upper end of this range. In addition to their per-game pay, NBA referees also receive compensation for travel and other expenses related to their work.

Factors influencing a referee’s pay include experience, education, communication skills, and professionalism. Highly experienced and respected referees with a strong track record of performance may earn towards the higher end of the pay scale.

Who is the NBA Logo?

The NBA logo is a silhouette of Jerry West, a former NBA player, and coach.

West played for the Los Angeles Lakers and was a 14-time All-Star, winning an NBA championship in 1972. He was also a member of the 1960 United States Olympic gold medal team. After retiring as a player, West became a coach and executive, serving as the general manager of the Lakers for more than two decades. He was inducted into the Basketball Hall of Fame in 1980. Alan Siegel designed the NBA logo featuring a silhouette of Jerry West, which has been in use since 1971.

How Long is an NBA Halftime?

In the NBA, halftime is typically 15 minutes long. This is a set amount of time allotted for teams to rest and make any necessary adjustments before starting the second half of the game.

Players leave the court during halftime and go to their respective locker rooms. They are also given a brief warm-up before returning to the court to begin the second half.

With 15 minutes of halftime, you’ve got enough time to do your business in the bathroom and grab a snack to fuel up for the second half. And if you’re feeling extra energetic, you might even sneak in a quick keg stand.

Which Hall of Fame NBA Player was Known as the “Round Mound of Rebound”?

The NBA player known as the “Round Mound of Rebound” was Charles Barkley. He was a power forward who played for the Philadelphia 76ers, Phoenix Suns, and Houston Rockets during his career and was known for his rebounding and physical play. Barkley was inducted into the Naismith Memorial Basketball Hall of Fame in 2006.

During his professional career, Barkley was known for his rebounding and physical play. He earned the nickname “Round Mound of Rebound” for his stocky build and ability to grab rebounds. In addition to this nickname, he was known as “Sir Charles” and “The Chuckster.”

Which NBA Hall of Famer was Nicknamed “The Admiral”?

David Robinson played for the San Antonio Spurs and was nicknamed “The Admiral.” Robinson was a dominant player in the NBA, earning numerous accolades, including two Olympic gold medals, an NBA championship, and the NBA MVP award. He was also a 10-time NBA All-Star named to the All-NBA First Team four times. He was inducted into the Naismith Memorial Basketball Hall of Fame in 2009.

Robinson was a dominant force in the NBA, standing 7 feet 1 inch (2.16 m) tall and weighing 235 pounds (107 kg). He was a tenacious defensive player and an excellent shot blocker. He also had a soft touch around the basket and a reliable jump shot. He was named the NBA Rookie of the Year in 1990 and was selected to the NBA All-Rookie First Team.

Robinson won his only NBA championship in 1999 when the Spurs defeated the New York Knicks in the NBA Finals.