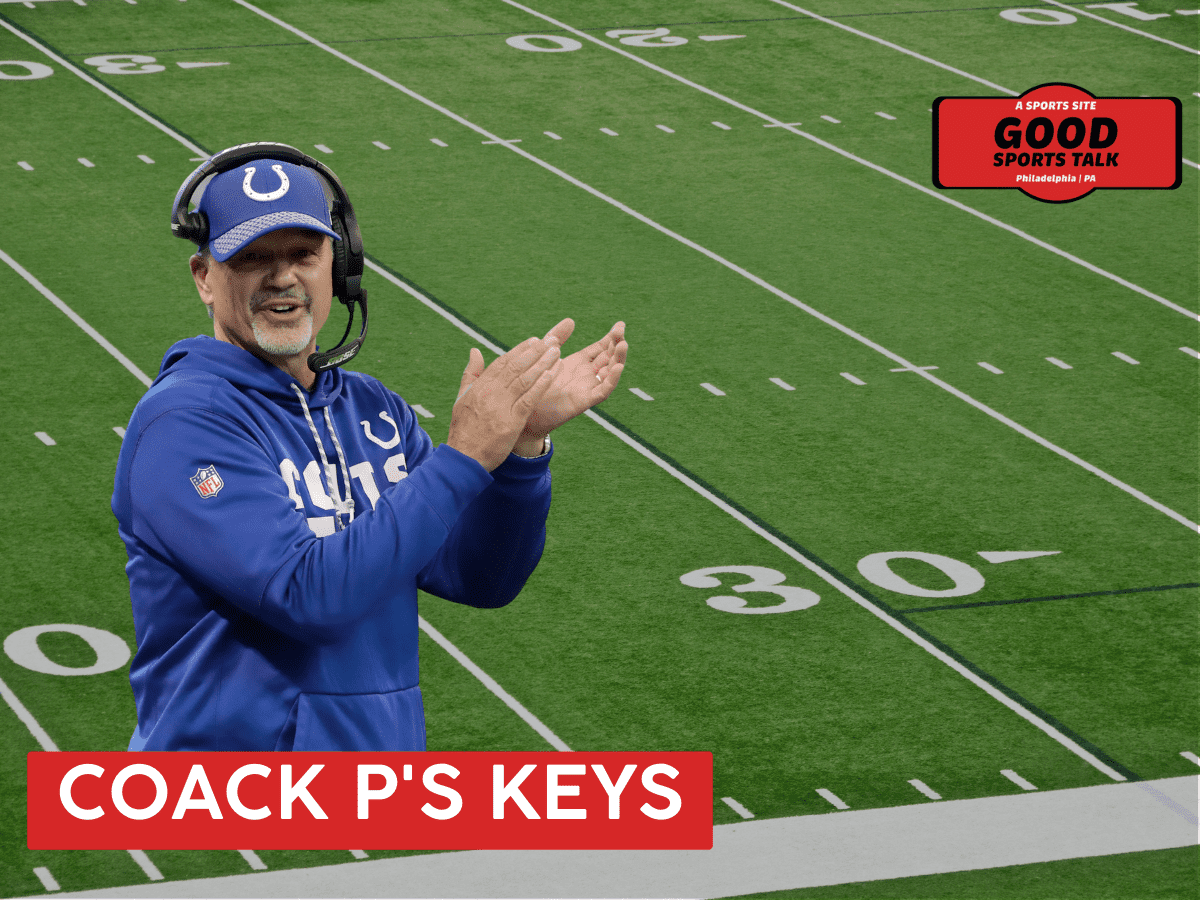 When it comes to NFL coaches, Chuck Pagano may not be a household name to many football fans. Still, in professional football, he is a respected and accomplished figure. With a career spanning over three decades, Pagano has made a name for himself in the game, rising through the ranks from a college coach to the head coach of the Indianapolis Colts.

Chuck Pagano’s journey to the NFL has been fascinating, and his defensive scheme has been praised by many experts in the league. He has had a varied and accomplished career in the NFL and has proven his ability to lead and motivate teams. In this article, we will take an in-depth look at Chuck Pagano’s background in football, his journey to the NFL, his battle with cancer, and the defensive scheme that has made him a respected coach in the league.

Whether you’re a die-hard fan or just looking to learn more about one of the NFL’s top coaches, this article is for you. Join us as we dive into the story of Chuck Pagano, the man behind one of the NFL’s most successful defensive schemes.

Chuck Pagano’s journey to becoming an NFL coach began in his early years. After playing college football at Wyoming, he began his coaching career as a graduate assistant at Southern California before coaching at various colleges such as East Carolina, UNLV, and Boise State. He then transitioned to the NFL ranks, starting as a defensive backs coach for the Cleveland Browns and later as a defensive coordinator for the Oakland Raiders and the Baltimore Ravens.

Pagano made a name for himself during his tenure with the Ravens in the NFL. As defensive coordinator, he helped lead the team to a Super Bowl victory in the 2000 season. He was instrumental in developing one of the league’s top defenses. This success led to him being considered as a head coach candidate. In 2012, he was named head coach of the Indianapolis Colts.

As head coach of the Colts, Pagano led the team to three consecutive playoff appearances and was named the AFC Coach of the Year in 2012. He also had to take a leave of absence during the 2012 season to undergo treatment for leukemia. Still, he returned to the team after his recovery and continued leading the team to success. His tenure with the Colts solidified his reputation as a respected and successful coach in the NFL.

Chuck Pagano joined the Chicago Bears as defensive coordinator in 2019, bringing a wealth of experience and a reputation as a successful defensive coach. In his first season with the team, Pagano helped lead the defense to finish in the top 10 yards allowed per game and points allowed per game. He also helped develop some of the team’s young players, including linebacker Roquan Smith, into crucial contributors on the defense.

Pagano’s time with the Bears also saw him implementing his defensive scheme, emphasizing aggressive play and pressuring the opposing quarterback. This helped the team generate a significant number of sacks and turnovers, making the defense one of the most feared in the league. His defensive scheme and the success of the Bears’ defense under his leadership earned him recognition and respect from players and coaches around the NFL.

Pagano’s experience and success as defensive coordinator with the Bears prepared him well for his eventual role as head coach. He could take the lessons he learned and the strategies he implemented with the Bears and apply them to his teams, resulting in a successful tenure as head coach of the Indianapolis Colts. His time with the Bears helped develop his coaching skills. It allowed him to build a solid defensive foundation for his teams to rely on.

Chuck Pagano’s tenure as head coach of the Indianapolis Colts began in 2012 and lasted until 2017. During this time, he led the team to three consecutive playoff appearances, including an appearance in the AFC Championship game in the 2014 season. He was also named the AFC Coach of the Year in 2012. Pagano’s emphasis on defense helped the Colts become one of the top teams in the league on that side of the ball. His leadership was credited with turning around the team’s fortunes after a period of mediocrity.

One of the notable achievements during Pagano’s tenure as head coach of the Colts was the team’s comeback from a 2-14 record in 2011 to a playoff team in 2012. The team finished the season with an 11-5 record, earning them a spot in the playoffs. Pagano’s leadership and emphasis on defense were crucial factors in the team’s turnaround. Pagano’s emphasis on defense helped the Colts become one of the top teams in the league on that side of the ball. His leadership was credited with turning around the team’s fortunes after a period of mediocrity.

Another highlight of Pagano’s tenure with the Colts was his ability to lead the team through adversity. In 2012, Pagano was diagnosed with leukemia and had to take a leave of absence from the team for several weeks. Despite this setback, the team rallied under the leadership of Pagano’s replacement and managed to make it to the playoffs. Pagano returned to the team after his recovery, and the team’s success that season was seen as a testament to his leadership and strength.

During Pagano’s last season as head coach of the Colts, quarterback Andrew Luck was injured. He was unable to play any games. Due to this, the team struggled and finished the season with a 4-12 record. As a result, on December 31, 2017, after their last game against the Houston Texans, Pagano was let go from his position as head coach.

Chuck Pagano’s battle with leukemia began in 2012, during his first season as head coach of the Indianapolis Colts. He was diagnosed with the disease in September of that year and was forced to take a leave of absence from the team while undergoing treatment. The news of his diagnosis shocked the team and the NFL community. Many expressed their support and well wishes for his recovery.

Despite the setback, Pagano’s fight against leukemia was a testament to his resilience and determination. He continued to stay involved with the team during his treatment, and the team rallied around him, dedicating their season to him. He returned to the team after his recovery. The team’s success that season was a testament to his leadership and strength.

Pagano’s battle with leukemia did not slow him down, and he continues to be an active and successful coach in the NFL. He has inspired many, not only for his contributions on the field but also for his courage and determination in facing adversity. He has credited his faith, family, and the support of the Colts organization and the NFL community for helping him through his battle with the disease. His experience with leukemia has also given him a unique perspective and a sense of purpose in his work.

Chuck Pagano has made several appearances on the Pat McAfee show, a popular daily sports show hosted by former NFL punter Pat McAfee. One of the segments that Pagano has become known for is “Coach P’s Keys to Victory,” where he impersonates coaches preparing for Thursday Night Football games and gives out preparation notes for the upcoming game.

The segment has become a favorite among show fans. Pagano’s involvement in the segment shows his comedic side, knowledge of the game, and ability to connect with the audience. It also highlights his ability to adapt and evolve, showing that he is not just a coach but a multifaceted person.

This segment typically airs on Thursday afternoons during the NFL season on the Pat McAfee Youtube channel.

Chuck Pagano is married to Tina Pagano, and they have been together for many years. They have three daughters. Chuck and his family currently live in the Indianapolis area.

Chuck Pagano was born and raised in Boulder, Colorado.