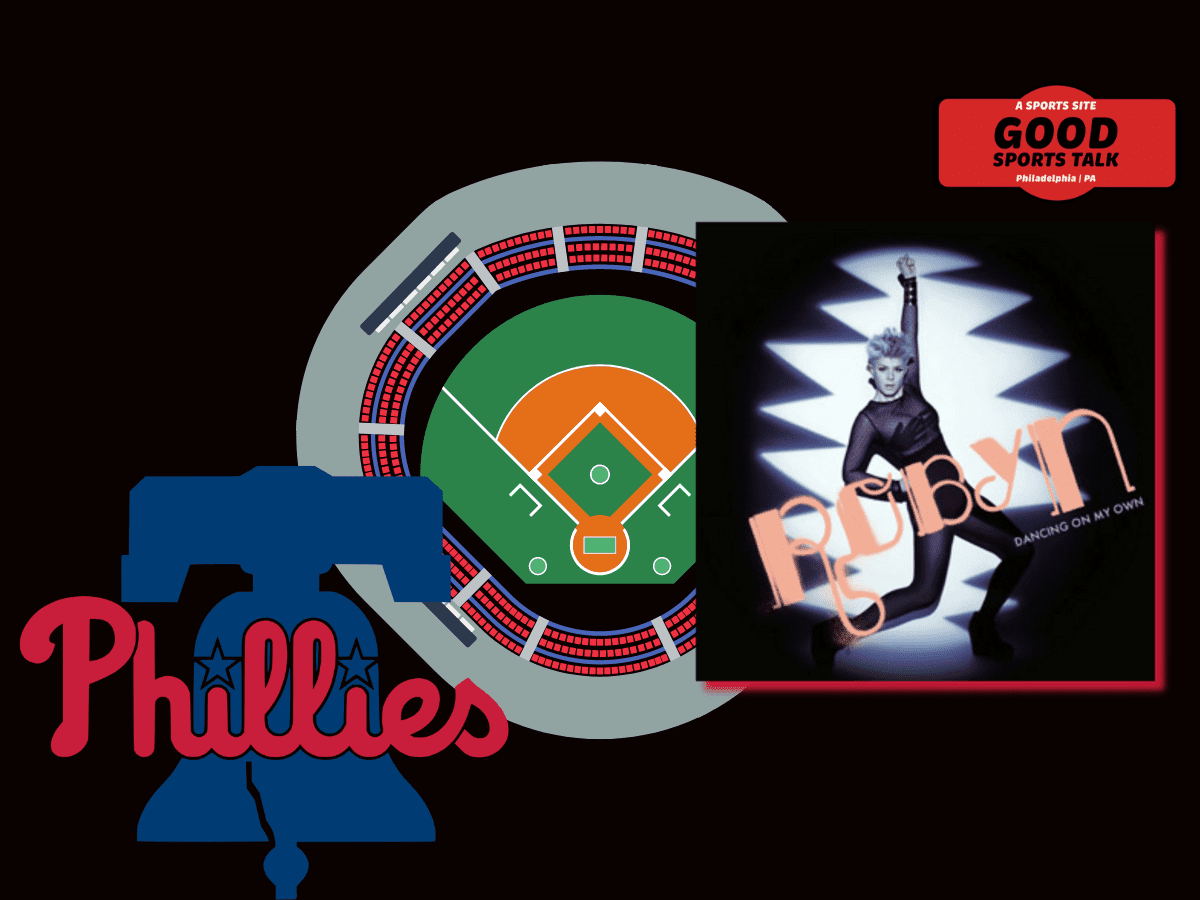 The Philadelphia Phillies have taken the MLB by storm this year! Going on an amazing run to close out the season and land them a spot in the 2022 MLB World Series!

The Phillies were an unlikely team to make the post-season, let alone win their way into the World Series. The Philadelphia Phillies started the season with +2000 odds to win the World Series, or about a 5% chance.

What is the Phillies Theme Song?

Calim Scott’s Dancing On My Own (Tiësto Remix)

The Phillies have adopted remix of the song Dancing on My Own by Robyn as their anthem for the playoffs this year.

In addition to hearing the song played at the stadium, in Philadelphia’s historic Rittenhouse Square, you will hear it blasting twice a day.

Dancing On My Own Original Song

Yes, we know, Robyn is the original performer and write if Dancing on My Own.

For whatever reason, The Phillies chose Calum Scott’s version without polling the audience first.

Twitter is full of folks noting that “Robyn’s is better” (could be, but we’re sports talkers, not music critics…).