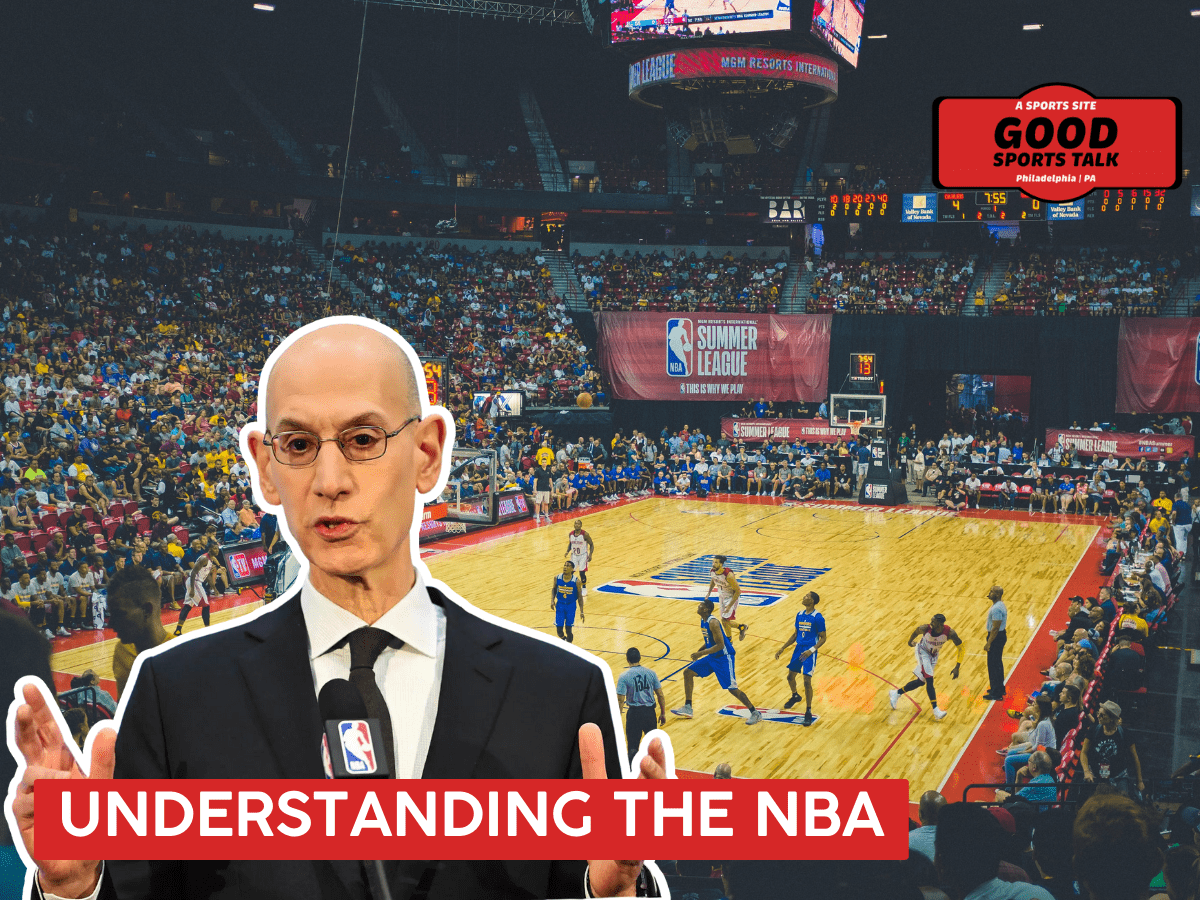 We all love basketball and The NBA, but how does it work?

The National Basketball Association comprises 30 teams, 29 in the United States and 1 in Canada. The NBA has two conferences, the Eastern Conference and the Western Conference.

Who Owns The NBA?

There is no single owner of The NBA. In short, The National Basketball Association is a co-op that is collectively owned by the 30 teams within the league.

There is a commissioner for The NBA, who is responsible for the overall operation of the league. However, they are an employee of the league rather than an owner.

How Does The NBA Make Money?

The league also has a partnership with Nike, the official outfitter of The NBA. The partnership is an eight-year deal that started in 2017, worth an estimated $1 billion, approximately a 245 percent annual increase from the previous deal.

In 2016 The NBA launched a new program that introduced jersey sponsorships for team jerseys. These jersey patch sponsorships bring in an estimated $10 million of revenue for teams annually.

What does the NBA commissioner do?

The commissioner acts as the CEO of the league and is responsible for approving and negotiating media rights, setting the various schedule, overseeing the game’s rules, and enforcing player discipline. The commissioner does not own The NBA.

In addition, the commissioner also has the power to expand or contract the league as they see fit.

Who is the Current NBA Commissioner?

The current NBA commissioner is Adam Silver, who took over from David Stern in 2014.

Adam Silver is the fifth commissioner in NBA history. He began working for The NBA in 1992. He held various positions before becoming the chief operating officer and commissioner.

Before joining The NBA, Adam Silver worked as a lawyer.

Who is the Richest Owner in The NBA?

Steve Ballmer is currently the wealthiest owner in The NBA. He owns The Los Angeles Clippers. He has an estimated net worth of over $50 billion.

Balmer is a businessman and investor who most notably served as CEO of Microsoft from 2000 to 2014.

Steve Balmer purchased The Clippers in May of 2014 for an estimated $2 billion.

Although Steve Ballmer is assumed to be the richest owner in The NBA, there are other notably wealthy owners.

Mikhail Prokhorov, who owns The Brooklyn Nets, is worth an estimated $13.5 billion.

Mark Cuban owns The Dallas mavericks and is worth an estimated $4.3 billion.