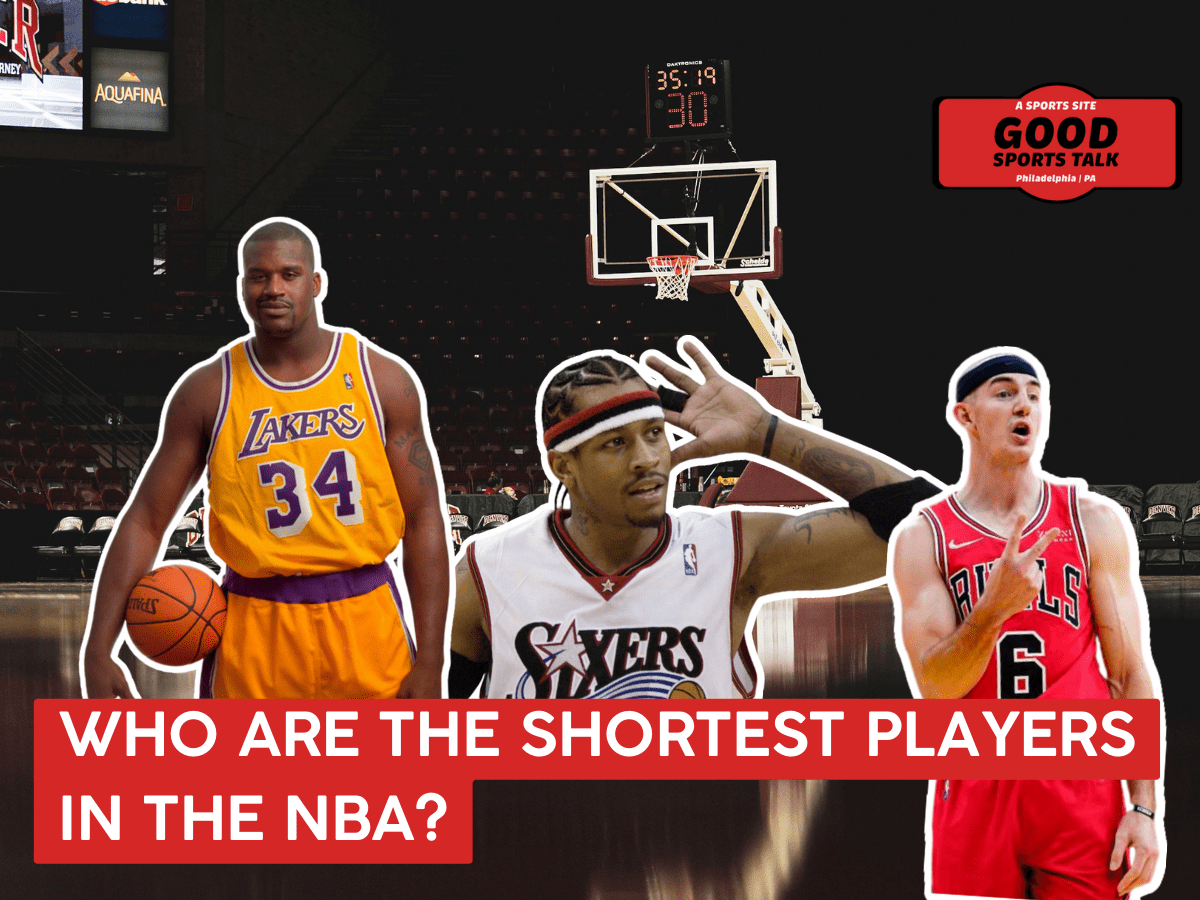 The relationship between someone’s height and their likelihood of playing basketball is an age-old story. Passing a tall person on the street almost always prompts a “wow, they must play basketball!” comment.

There are two types of basketball players in the world: those who are tall and those who are not. The tall players have always been the ones who receive the most attention, whether it is from the media or from scouts. On the other hand, the shorter players are often overlooked and are given fewer opportunities to prove themselves.

This is not to say that all tall players are good at basketball, and all short players are bad. There have been many great players.

Although the average height of players in the NBA measures a whopping 6’6” (the GOAT himself, Michael Jordan’s exact height), we can’t forget about our favorite shorties who have taken charge and made a name for themselves despite their height disadvantage.

You know, the guys on the shorter side taking up space on the court shooting three-pointers, fast-breaking, and sometimes even dunking. Let’s take a look at some of the best NBA players, past and present, who may not measure up in height but are certainly forces to be reckoned with:

On the NBA court since 2005, Hayes has made a name for himself as one of the best starting centers of all time. He has certainly made his presence known – making history by recording a triple-double, despite only averaging 3 assists per game. At 6’6”, he is a force on the court. Although this height matches the average height of all players, centers are usually chosen based on height (the tallest being Yao Ming at 7’6”). In comparison, 6’6” is pretty short!

Currently active in the NBA, Grant Williams of the Boston Celtics can be considered one of the shortest power forwards at 6’6”. Williams has already made a name for himself, reaching the NBA finals in the 2022 season after only playing in the league since 2019.

Coming in at 6’4”, Norman Powell is one of the shortest small forwards in the NBA today. Although the tallest current SF in the NBA measures 6’10, Powell is undoubtedly a force with a 2019 NBA champion under his belt. Starting his NBA career in 2015, Powell has played with the Raptors and Trail Blazers and currently plays with the Clippers.

Isaiah Thomas, not to be confused with 81-94’ point guard Isiah Thomas (after whom he was named), is widely known as the shortest point guard currently in the NBA. Starting his career in 2011 with the Sacramento Kings, the 5’9” Tacoma native has had a lengthy and successful career with several teams, now residing with the Charlotte Hornets as of 2022.

For that matter, Markus Howard made an impression as one of the shortest NBA shooting guards and players. From 2020 to 2022, the 5’10” guard signed a two-way deal with the Nuggets, appearing in 31 games with two 20-point performances. Although he is currently playing in the EuroLeague as of 2022.

Chuck Hayes (Charles Edward Hayes Jr.) is widely considered the shortest center in recent NBA history, although some super-fans may say otherwise. During his career, the 6’ 6” San Leandro, California native, saw court time between 2005 and 2015, playing with the Rockets, Raptors, and Kings.

Playing around the time of the NBA’s inception, John Chaney’s professional career is mostly undocumented, mainly regarding his accomplishments or achievements. Having played with the Tri-Cities Blackhawks in 49-50, the 6’3” Louisianan was more well known for his time as an NCAA coach in the years following his NBA appearance.

Hailing from Washington, D.C., Adrian Delano Dantley played 15 seasons in the NBA between 1976 and 1992. The 6’5” small forward was awarded the NBA All-Star title 6 times over, despite being several inches shorter than his competitors in the same position.

Standing 5’11” tall, Dana Bruce Barros is considered the shortest shooting guard in the history of the NBA. Starting his career in 1989, Dana has played for the Seattle SuperSonics, the 76ers, the Celtics, and the Pistons. He was also named NBA All-Star and NBA Most Improved Player in the 1995 season.

Although height is definitely an advantage in the NBA, from this list, we can see that success in professional basketball is possible with the proper determination, drive, and ambition.

To all the shorties out there with a dream to play in the NBA, you may have more to prove, but it is possible!