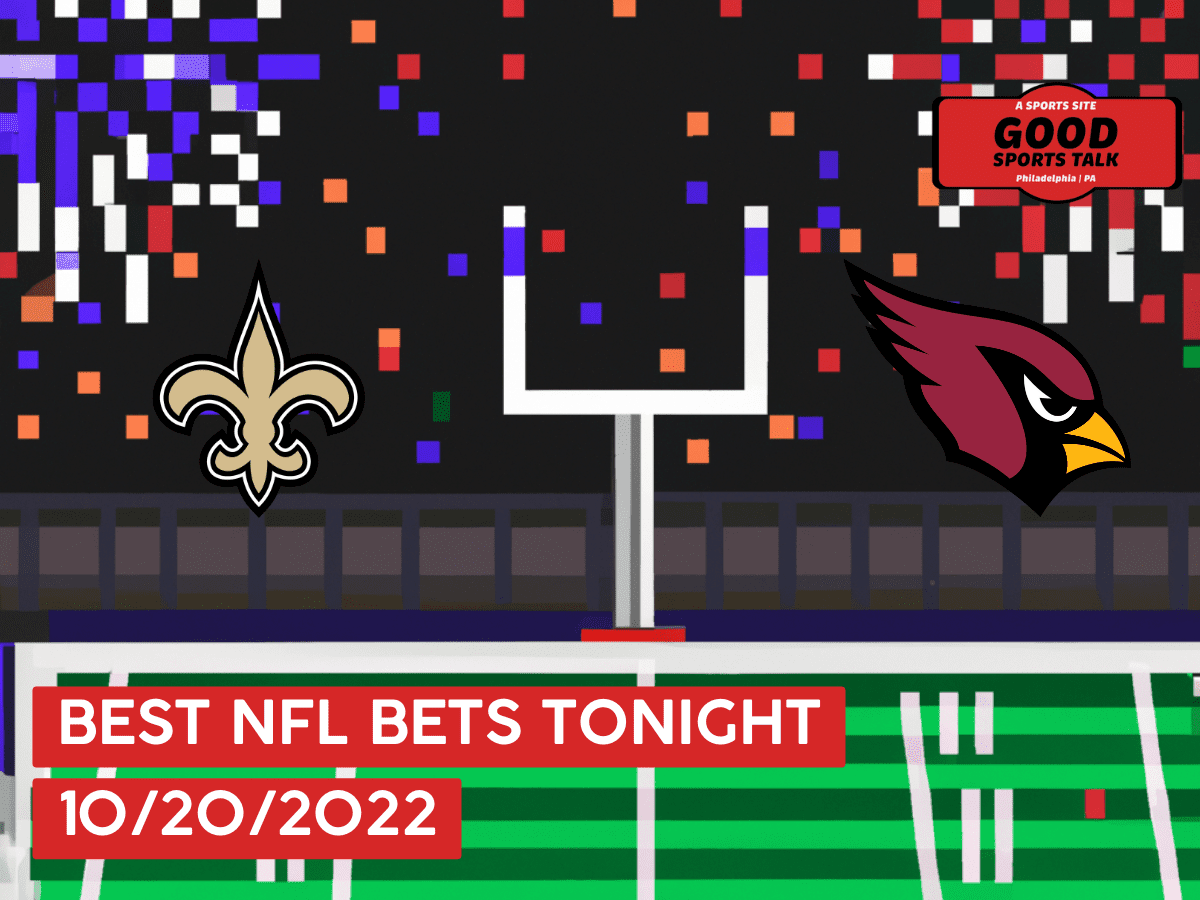 Tonight The New Orleans Saints will face off against the Arizona Cardinals at State Farm Stadium (home of the 2023 Super Bowl) this week. The Cardinals are favorites at home, The Saints are getting 2.5 points from Vegas.

Kickoff will be at 8:15 PM EST for Thursday Night Football tonight.

How do I watch Thursday night Football Tonight?

The game is also available on local networks to the teams playing, in New Orleans and the Phoenix area.

The Saints have a mess of a situation on their hands in the quarterback position. Their head coach, Dennis Allen said it will be a game-time decision who starts this week in Arizona.

Jameis Winston had been their starting quarterback but has been out with a back and ankle injury.

Andy Dalton has been their starter since Week 4, and has averaged just under 200 passing yards per game and a total of three passing touchdowns.

Most signs point toward Andy Dalton starting this week, but it remains to be confirmed.

This season, The Cardinals have allowed over 230 passing yards per game.

The Saints will have Chris Olave, Marquez Callaway, and Tre’Quan Smith handling the receiving.

This season, Chris Olave has been awesome, averaging nearly 8.5 targets per game, his usage should be higher this week and should be able to connect much more.

Marquez Callaway has averaged almost 3.0 targets per game and about 1.5 receptions, his usage should be higher this week and should be able to connect much more hopefully.

Tre’Quan Smith has over 2.0 receptions per game.

The Saints have done a great job of spreading the defense by sharing the passing duties wide across the field.

Alvin Kamara will carry the majority of the run game for The Saints, he has over 65 carries for over 300 yards this season. He is a dog! In addition to running the ball, Alvin Kamara will also be involved in the passing game. This season, Kamara has 6.5 targets per game and should expect a similar number of looks this week.

Kyler Murray will lead The Cardinals on the offense. This season Murray has averaged over 26 pass completions and nearly 245 passing yards per game. This week Murray should be able to exceed his average passing performance.

The New Orleans Saints will likely be looking to attack Kyler Murray in the pocket. Murray should be able to use his speed and agility to run the ball himself when necessary.

The Cardinals have added some receiving weapons to their team in the last week. Trading for Robbie Anderson from the Carolina Panthers as well as activating DeAndre Hopkins (previously serving a six game suspension to start the season for violating the NFL’s performance-enhancing drug policy).

Both of these additions will hopefully allow Kyler to put the ball in the air more!

The Cardinals will also have Zach Ertz and Rondale Moore to choose from as receiving options. This season, Zach Ertz has seen over 8.0 targets per game, ideally he’ll get about the same number of looks this week.

Rondale Moore has almost 5.5 receptions per game but should see much more usage in this matchup.

Of course the addition of Hopkins and Anderson could eat into some of the targets for these guys, I don’t expect their to be a huge drop off.

Eno Benjamin will carry the majority of the run game for The Cardinals. In addition to running the ball, Eno Benjamin will also be involved in the passing game. This season Benjamin has seen almost 3.5 targets per game and should see a similar number of looks this week.

The Cardinals are fired up coming into this game with their new receiving weapons. They want to win!

On the other hand, The Saints are all over the place and it’s hard to imagine a world where the locker room is not in total disarray as well. It’s hard to win games, or even stay competitive, when their isn’t buy-in from everyone on the team.

This season Ertz has averaged nearly 50 yards per game. Although Hopkins is back to take some of the receiving share, I Ertz shouldn’t be the one to lose out on targets in most situations where he has been the primary target.

I expect Kyler to come out and put on a show tonight! He has one major addition at wide receiver and also still needs to prove his worth after getting paid.

Kyler has averaged nearly 244 passing yards per game and I anticipate he will well exceed that tonight.