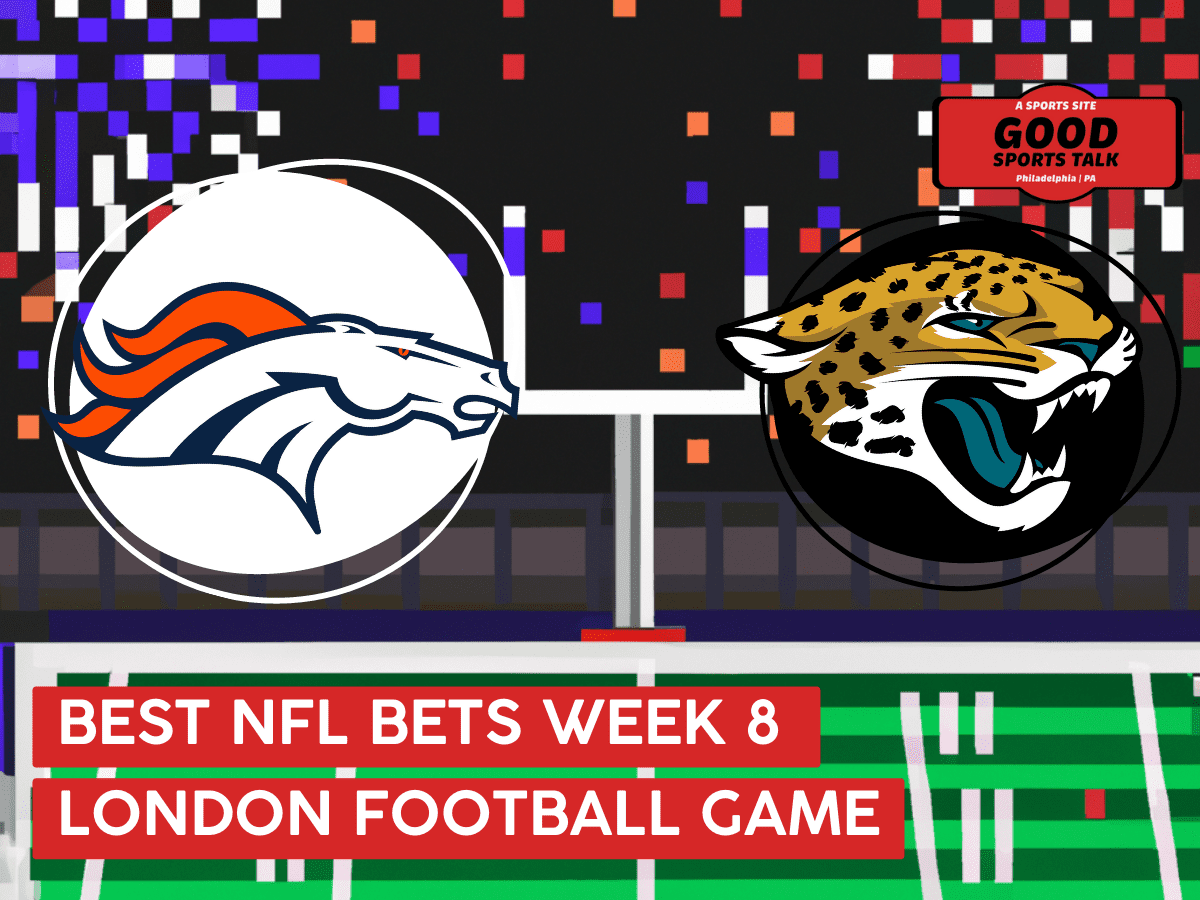 Week 8 brings us another great football game from London!

The Denver Broncos will face off against the Jacksonville Jaguars at Wembley Stadium this week. The Jaguars are favorites at “home”, The Broncos are getting 2.5 points from Vegas.

The Jaguars have been now played eight home games in London, and have an agreement to play a home game at Wembley Stadium through 2024, so it really is like home for them.

Russell Wilson will lead The Broncos on the offense. This season Wilson has averaged nearly 18 pass completions and over 240 yards per game.

The Broncos will have a split backfield with Melvin Gordon III and Latavius Murray sharing responsibilities of the run game. Both have been productive this season, when they get the chance to run, but The Broncos are only running about 40% rush plays this season.

The receiving game for The Broncos will be handled by Courtland Sutton, Jerry Jeudy, Greg Dulcich, and KJ Hamler. This season, Courtland Sutton has seen nearly 8.0 targets per game, ideally he’ll get about the same number of looks this week. Jerry Jeudy has almost 3.5 receptions per game but should see much more usage in this matchup.

The Broncos definitely have a lot of great receiving power and force defenses to make tough choices on who to focus.

Trevor Lawrence will lead The Jaguars on the offense. This season Lawrence has averaged 22 pass completions and nearly 245 yards per game. This week Lawrence should be able to keep up with his usual passing pace.

Travis Etienne Jr. will carry the majority of the run game for The Jaguars. He has averaged nearly 60 rushing yards per game, but has also seen over 3 passing targets per game this season.

This matchup should favor someone like Melvin Gordon III.

In two of the last three games Melvin has served as the lead running back and have 11+ rush attempts in each. This game should play very similar to The Jets and The Colts.

In only one game this season has Marvin Jones Jr. missed this line of 29.5 receiving yards. In that game he only saw one target.

This should be a pass-heavy game on both sides and Marvin Jones Jr. should see a fare share of targets in most viable game scripts.

Both of these teams have been pretty bad covering the spread this season, but someone has to cover. In this case, The Jaguars should feel at home in London and are looking to bounce back from a cold streak.

Last year the Jaguars also saw their first win of the season in London. I expect The Jaguars and Trevor Lawrence to use this as a statement game.

How To Watch Broncos and Jaguars London Game

Kickoff will be at 9:30 AM EST on Sunday, October 30 from Wembley Stadium, London.

The game will be available on CBS and online with a fuboTV subscription.