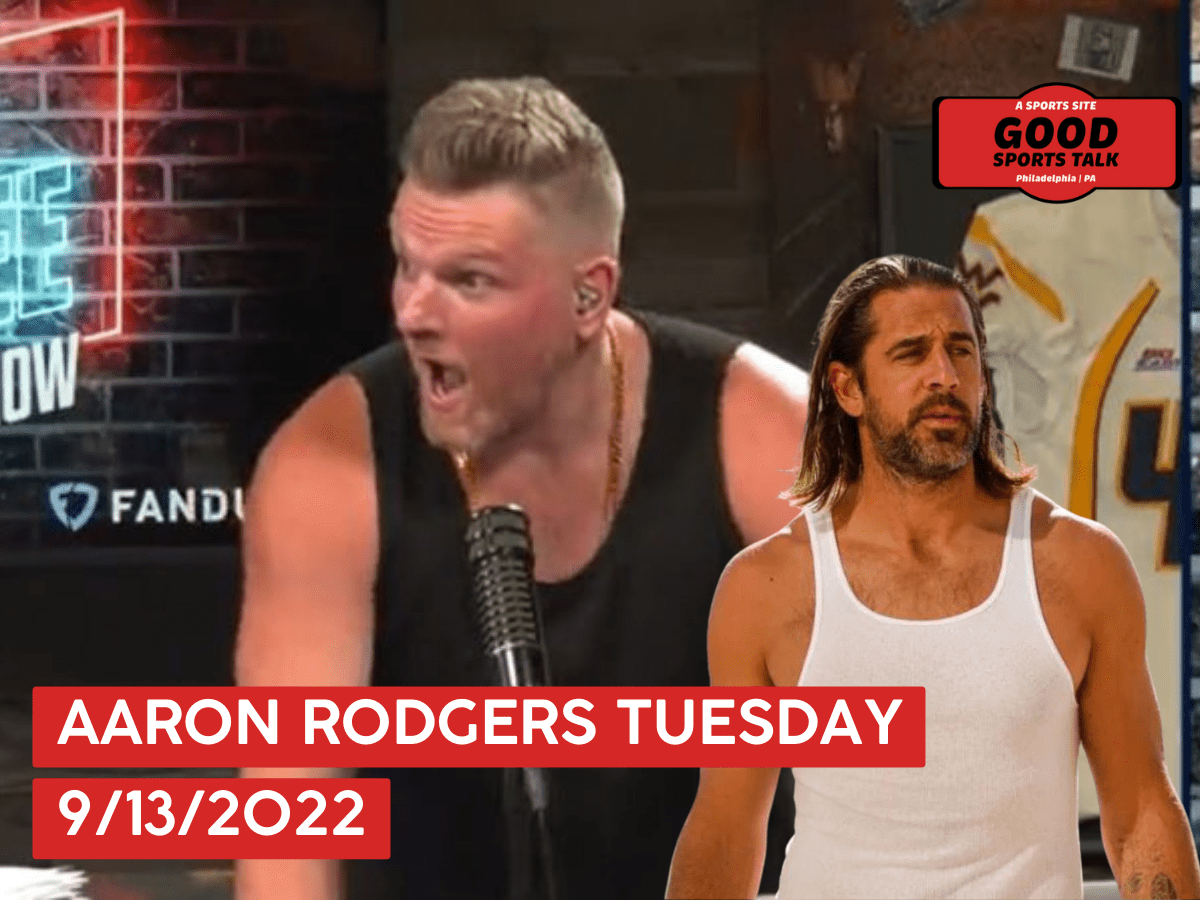 Aaron Rodgers is the back-to-back NFL MVP and made his return to The Pat McAfee Show as he has the last two seasons.

Rodgers opened the show by acknowledging that Sunday’s performance was a good learning experience, losing the game 7 to 23. Although they couldn’t connect things during the game, Aaron was generally optimistic about the team moving forward.

Aaron shared with Pat that after the game he told Justin Jefferson (Wide Receiver for the Minnesota Viking) that he was the best player on the field.

Aaron talked about his “hippy sh*t” during the off-season, referencing his experience with iowaska and other meditational activities. After the podcast episode with Aubrey Marcus was released it’s opened up a lot of conversations with teammates and other industry people. Overall he’s been pleased with a lot of the response.

Every year Aaron Rodgers hosts a book club with pat McAfee. There was no book for this week, it’ll start next week, but there will be. $100,000 donation this year related to book club merchandise sales.

He’ll be back next week!